Originally published in The Road Ahead Feb-Mar 2022 magazine. Written by Jessica Wilson. 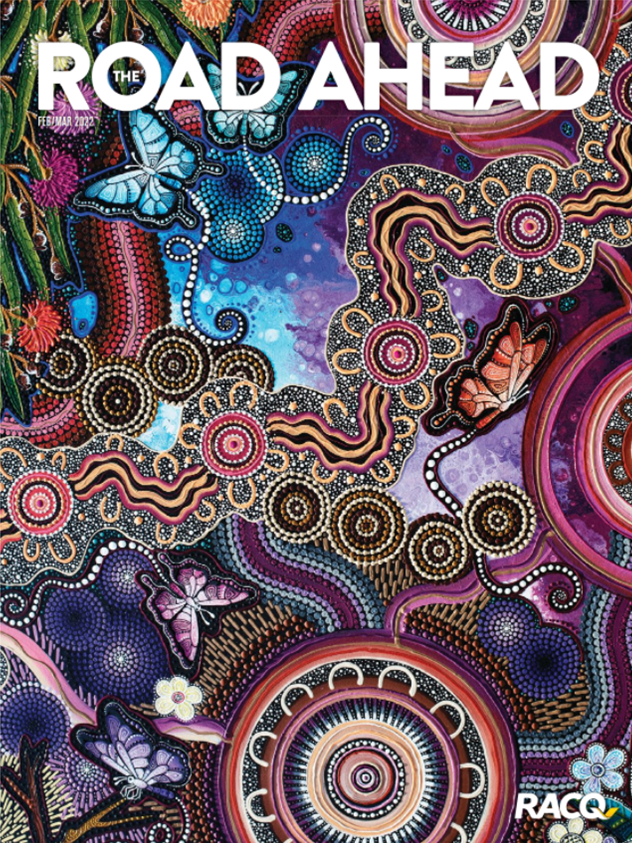 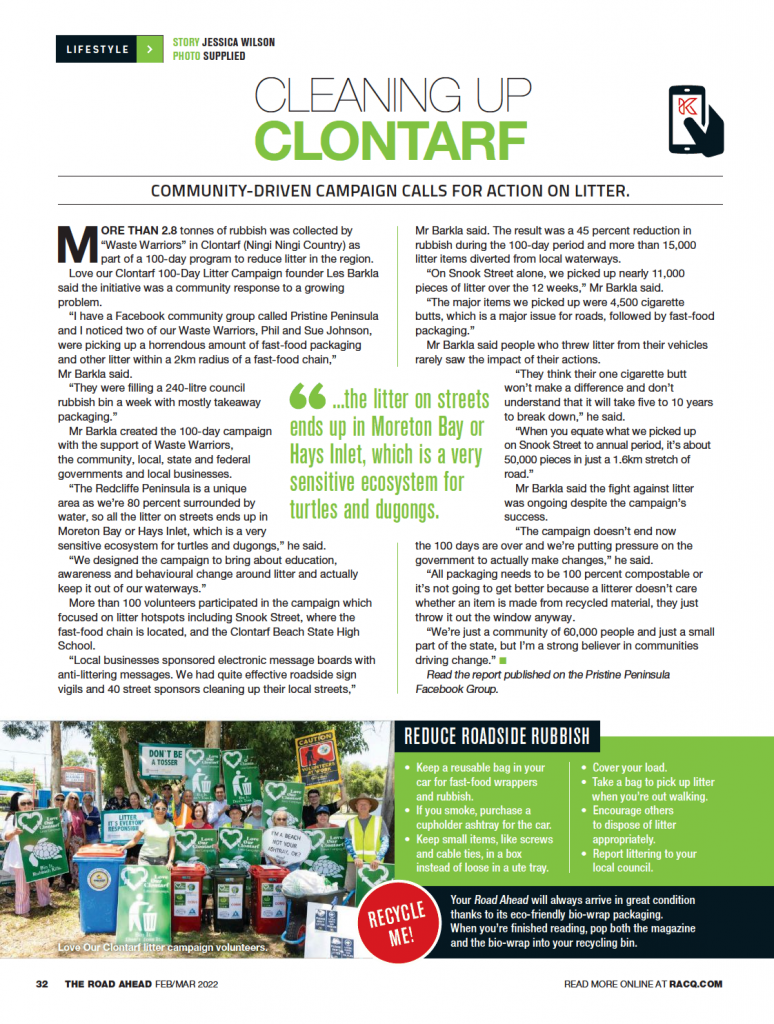 More than 2.8 tonnes of rubbish was collected by “Waste Warriors” in Clontarf (Ningi Ningi Country) as part of a 100-day program to reduce litter in the region. Love our Clontarf 100-Day Litter Campaign founder Les Barkla said the initiative was a community response to a growing problem.

“I have a Facebook community group called Pristine Peninsula and I noticed two of our Waste Warriors, Phil and Sue Johnson, were picking up a horrendous amount of fast-food packaging and other listter within a 2km radius of a fast-food chain,” Mr Barkla said.

“They were filling a 240-litre council rubbish bin a week with mostly takeaway packaging.”

Mr Barkla created the 100-day campaign with the support of Waste Warriors, the community, local, state and federal governments and local businesses.

“The Redcliffe Peninsula is a unique area as we’re 80 percent surrounded by water, so all the litter on streets ends up in Moreton Bay or Hays Inlet, which is a very sensitive ecosystem for turtles and dugongs,” he said.

“We designed the campaign to bring about education, awareness and behavioural change around litter and actually keep it out of our waterways.”

More than 100 volunteers participated in the campaign which focused on litter hotspots including Snook Street, where the fast-food chain is located, and the Clontarf Beach State High School.

“Local businesses sponsored electronic message boards with anti-littering messages. We had quite effective roadside sign vigils and 40 street sponsors cleaning up their local streets,” Mr Barkla said. The result was a 45 percent reduction in rubbish during the 100-day period and more than 15,000 litter items diverted from local waterways.

“On Snook Street alone, we picked up nearly 11,000 pieces of littler over the 12 weeks,” Mr Barkla said.

“The major items we picked up were 4,500 cigarette butts, which is a major issue for roads, followed by fast-food packaging.”

Mr Barkla said people who threw litter from their vehicles rarely saw the impact of their actions.

“They think their one cigarette butt won’t  make a difference and don’t understand that it will take five to 10 years to break down,” he said.

“When you equate what we picked up on Snook Street to annual period, it’s about 50,000 pieces in just 1.6km stretch of road.”

Mr Barkla said the fight against litter was ongoing despite the campaign’s success.

The campaign doesn’t end now the 100 days are over and we’re putting pressure on the government to actually make changes,” he said.

“All packaging needs to be 100 percent compostable or it’s not going to get better because a litterer doesn’t care whether an item is made from recycled material, they just throw it out the window anyway.

“We’re just a community of 60,000 people and just a small part of the state, but I’m a strong believer in communities driving change.” 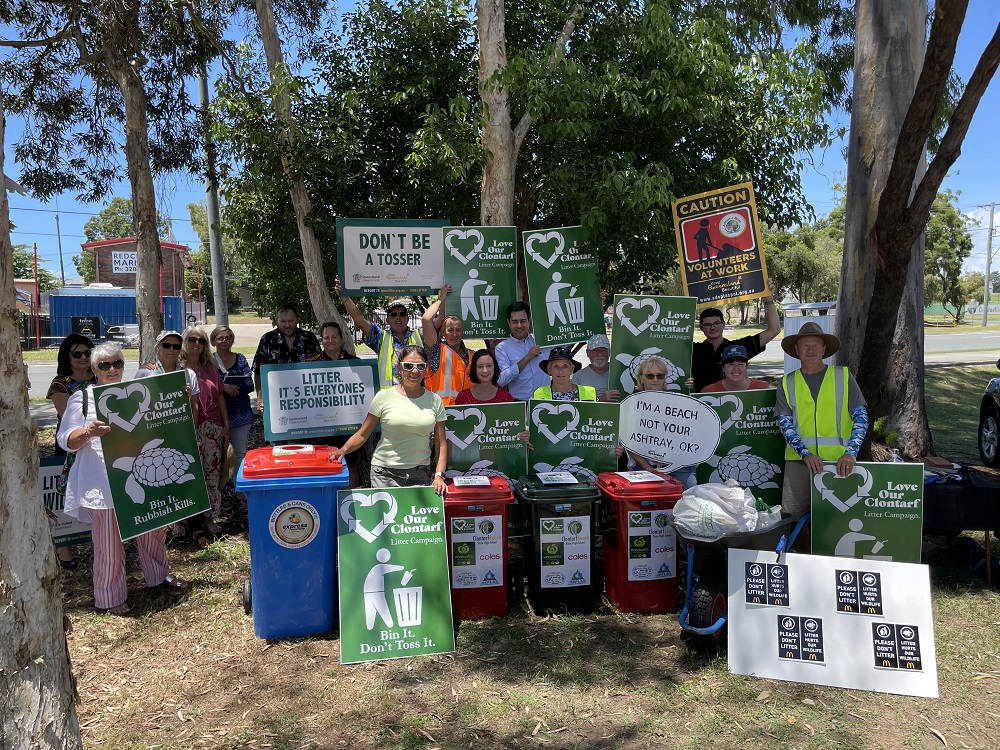 Find out more about Pristine Peninsula:

See how Social Ocean supported the Love Our Clontarf Campaign

5 Fab Indoor Plants For Your Office

GET CUSTOMERS TO YOUR EVENT